High Offley Stud imported Jadorijke into the UK from Holland in April, 2000. In the Netherlands Jadorijke was a brood mare up to 8 years old, bred to some of Europe’s finest stallions she produced some impressive young horses.

Jadorijke came into the UK as a grade B and she quickly showed her ability as a show jumping horse, progressing into grand prix competitions quickly. In 2001 Jadorijke was part of the High Offley Stud team of horses that competed on the Spanish sunshine tour, along with Derek Morton Jadorijke jumped in the big tour in the grand prix competitions with many excellent results and placing. When Jadorijke and Derek returned from Spain they continued their success on the county circuit, jumping in the Daewoo grand prix`s and AIT`s, going into the winter season and 2002 on the premier jumping circuit. 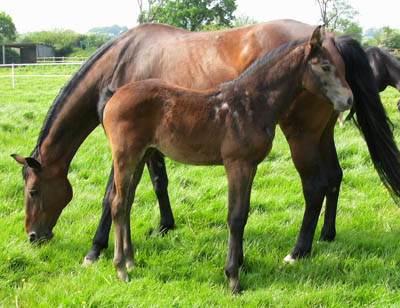 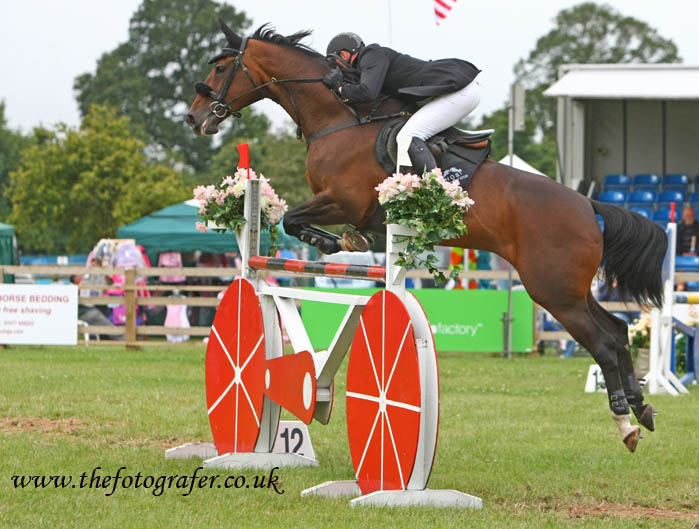 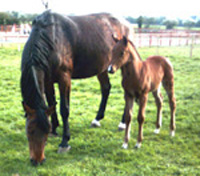 In 2002 Jadorijke took her place as one of High Offley Studs foundation mares, and has produced many exceptional young horses. Progeny of Jadorijke include High Offley JR, sired by our own selle francais stallion Frou Frou D`anchin. High Offley JR was broken and produced by us and competed up to newcomers, before being purchased by the successful working hunter rider Louise Bell, who is now having success with him on the county circuit in working hunter competitions.

Jadorijke first foal was Libero`s Business or kyle as she was fondly known as, bred to It`s the Business kyle was a beautiful foal and had a kind temperament, unfortunately High Offley Stud lost kylie as a 3 year old before she could fulfil her potential.

April is another one of Jadorijke`s offspring, by our own holsteiner stallion Arturo 8, April is a beautiful grey mare with all the potential to excel as a show jumper.

Offspring of Jadorijk that were bred in Europe before High Offley Stud brought her to the UK include, Pinodorijke by the KWPN olympic stallion Animo who has produced some exceptional young horses that includes Vadorijke(Heartbreaker) who has an impressive jumping record.

Jadorijke has an exceptional pedigree with many of Europe’s top blood lines, sired by the renowned Libero H, who along with rider Jos Lansink produced an exceptionally impressive jumping record starting at the age of 7 winning the Rotterdam Grand prix and then later that year winning the Lanaken grand prix. His impressive results continued wining the world cup qualifier and grand in Helsinki. In 1994 Libero H along with Jos Lansink, Libero H won the world cup finals in `s-Hertogenbosch. When Libero H retired from his jumping career he had won the Dutch National Championships 3 time, won 12 grand prixs and 40 other international competitions

Libero H is sired by Landgraf I one of the world’s most successful sires of jumping horses with over 31 international show jumpers that include Landjunker, Burgraff, Landadel, Major Wager, Lancer

The mother line of Jadorijke is as equally impressive, sired by Voltaire who competed in 1.50m competitions with impressive results in Calgary, Stockholm, Lanaken, Helsinki, Weisbaden and Wembley, his impressive record also includes victory in the Berlin grand prix before his retirement.

As a breeding stallion Voltaire was one of Europe’s most influential stallions with many great sport horses including the great stallion Concorde.